Autonomous driving: Why is it taking so long? 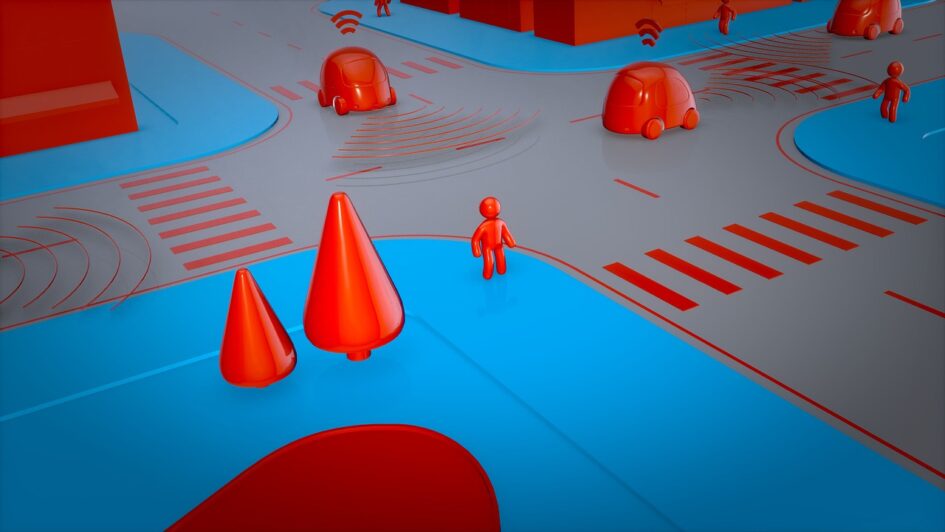 Self-driving vehicles are equipped with complex IT and require a reliable, fast radio connection for car-to-x communication. Artificial intelligence (AI) takes over the rapid data filtering for machine learning. In Europe, autonomous driving is still in its infancy, but in China’s metropolises, a mass market for robotaxis is expected as early as 2023.

Robotaxi providers and start-up companies in the USA and China are mainly pushing the technology forward. Google put the first self-driving car on the road in California in 2015. Today, several Chinese and US companies are testing their connected vehicles there because the commercial use of robotaxis is already regulated. With its ‘made in China 2025’ doctrine, China is pursuing the goal of becoming a global leader in robotics, AI, and electromobility. The industry expects an emerging mass market for autonomous taxis in China’s metropolises as early as 2023 to 2025. The reason for this is relatively simple: relatively few people have a driving license or their own car.

Europe is somewhat lagging behind because the market is manufacturer-driven and legislation is far more restrictive. But even if autonomous driving in the EU is only being piloted on a few test routes, many vehicles on the road are already connected. Rental vehicles, for example, communicate with the car rental company to transmit status data. Driver assistance systems already include fully automated parking aids, automatic emergency braking, eye monitoring to warn drivers of fatigue, and numerous other functions.

In autonomous driving, an edge server takes over the automatic control and the car-to-x communication of the vehicle. In the process, numerous sensors, components, and cameras provide information to which the server must react almost immediately. The car therefore also needs a router with wireless, yet performance-linked interfaces for various sensors and controls as well as a powerful edge server for central control. Terabytes of unstructured data are thus generated every day and must be processed in a cloud.

Decisions are rule-based and made with the help of AI-supported, self-learning software. To make a decision, the edge server also communicates with a central cloud platform to which the server sends relevant data for AI-supported machine learning and big data analysis. This is how a wide variety of scenarios, driving maneuvers, and courses of action get collected in the central cloud. For example, if a vehicle sends a warning message in an extraordinary driving situation, the platform selects and sends an AI-supported behavioral pattern from its database on how the control system should react adequately.

To avoid any delay of responsiveness, as little data as possible should be transmitted and stored. Therefore, sensor data is largely deleted from the vehicle as soon as a task is completed. Only data and scenarios classified as interesting are transmitted by the edge server to the central cloud for further processing. This includes not only manufacturer-related data for machine learning or maintenance but also information for car rental or car insurance companies. Therefore, the edge server also needs fast and AI-supported filter functions.

Both network connection and platform must therefore be high-performance computing compliant and meet the highest demands in terms of computing power and data storage.

Europe also places the highest demands on data privacy when it comes to connected driving. Data privacy regulations naturally impact communication. This is one reason why China and the USA are among the pioneers in autonomous driving. Unlike in the EU, Chinese manufacturers can, for example, use the traffic data collected from the chaotic rush hour traffic in Shanghai for their machine learning without major restrictions or anonymisation requirements. In the EU, on the other hand, it is mandatory that even the data of other vehicles involved are anonymised, even if the consent of the vehicle owner exists.

The purpose of standards-based networking

High-speed networks are a must to avoid bottlenecks. Since vehicles (especially in Europe) have to communicate with each other across countries international standards, such as ITS-G5 or 5G are required. ITS-G5 is based on IEEE 802.11p (WLAN) and offers a latency of around one millisecond. In addition, the 5G application profile uRLLC with latency between one and two milliseconds is suitable for real-time applications. But 5G networks do not yet widely exist everywhere, and the uRLLC profile is only planned for selected network segments. In addition, autonomous driving requires a tightly meshed and nationwide fiber optic network. That alone limits autonomous driving in our region to test routes and urban areas.

The entire data network for autonomous driving is IP-based and can therefore be targeted by hackers. Thus, the entire security topic cannot be just an add-on in this context. Security-by-design is required, meaning that cyber security is a central element from the very beginning. For example, the United Nations Economic Commission for Europe (UNECE) was guided by procedures from the IT sector and has developed recommendations on which the new security specifications ISO/SAE 21434 and ISO/AWI 24089 are based. The regulations do not only refer to technology and software. They oblige companies to design their organisation, processes, and workflows in a way that vehicle security cannot be compromised by their own employees. From 2024, manufacturers will have to prove that their products comply with the new requirements and have been developed to be “cyber-secure”. Otherwise, a vehicle will not receive general operating approval in Europe.

In principle, all developers of connected vehicles focus on the safety of road users. Even before coding work begins it must be clarified how the control system should behave in ethically critical situations. For this purpose, the German Ethics Committee for Autonomous Driving has developed a guidance document. According to these guidelines, the automatic controls should react in such a way that they cause fewer accidents than human drivers. The control systems must be programmed for defensive and anticipatory driving. In addition, human life must have priority in case of a dilemma and one human life shall never be weighed up another one.

The think tank ‘Digitale Arbeitsgesellschaft’ at the German Federal Ministry of Labour and Social Affairs is currently developing quality standards for training and AI test data as part of the KITQAR research project. The aim is to create a framework for data quality that encompasses technical, legal, ethical, and social aspects that could then serve as a basis for European standardisation.

It’s pretty obvious that autonomous driving demands the highest standards with regard to computing power, networks, and storage technologies. It will primarily take place in urban areas and on selected routes. In addition to accident-free driving in dense urban traffic, data privacy guidelines, protection against cyber-attacks and ethical issues are the greatest challenges; there’s so much more to consider than just technology. If we’re also taking into account the long operating times of vehicles, it becomes clear why the ‘Allgemeine Deutsche Automobil-Club e.V.’ (ADAC) relies on a study from the Prognos research institute. This study concludes that autonomous driving will only become a reality in our country in the next decade. Although time’s running, we at RNT continue to keep pace because the 2030s are close!

These widgets are displayed because you haven't added any widgets of your own yet. You can do so at Appearance > Widgets in the WordPress settings.